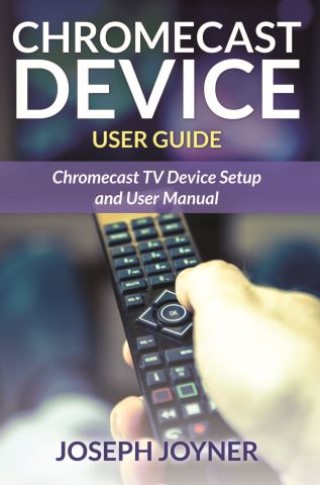 Since the internet speeds went above the 500kbps mark, the number of things people can do with their interconnected devices skyrocketed. Automated homes, connected cars, and internet enabled TVs. The latter is what threatens to revolutionize the entertainment world as we know it, do away with cable TV and abolish the need for expensive blue-ray players. Even though smart TVs are so lucrative, most people find them either too costly, or limiting. The alternative would be going for a TV with an HDMI port, a USB port and purchasing a dongle to bring in the power of internet TV. Chromecast is one of the best and cheapest such tools in the market.

Joseph Joyner: Technical writer Joseph Joyner has been fascinated with computers and all things having to do with technology since a very early age. When computers were in their infancy young Joseph was tearing them apart just to see how they worked, and he never got over his insatiable curiosity about the latest and greatest gadgets as they became available. As a young man Mr. Joyner went to work in a local computer store as a hardware technician while he worked his way through night school. He continued pursuing his passion while earning a computer science degree in just five years attending classes at night and on weekends. After graduating college he was hired as a Network Administrator and was responsible for maintaining 99% availability of the company's computer network. In addition to his considerable responsibilities Mr. Joyner is also an author of computer related books covering computer programming, gaming, and technical manuals. "Technology has always been my first passion in life. I get a great deal of personal satisfaction from being able to apply technology in new and interesting ways. My previous coal is to develop new software that will revolutionize artificial intelligence and how it's applied to industrial robotics," says Joyner. Those who know him have little doubt that he'll accomplish his goal. His many achievements in advancing the theories and concepts of computer technology have earned him the respect of his peers and superiors alike. Mr. Joyner is married and has two children. He and his family happily reside in a quiet nondescript gated resort community in the Midwestern United States.